Page 29 - ... the faith is true and adorable which leads a soldier to throw away his life in obedience to a blindly accepted duty, in a cause which he little understands, in a plan of campaign of which he has no notion, under tactics of which he does not see the use.
Appears in 133 books from 1893-2008
Page 13 - Civilization, taken in its wide ethnographic sense, is that complex whole which includes knowledge, belief, art, morals, law, custom, and any other capabilities and habits acquired by man as a member of society.
Appears in 1069 books from 1859-2008
More
Page 76 - A false step at this time might be fatal to the development of what Chief Justice Marshall called the American Empire. Choice in some cases, the natural gravitation of small bodies towards large ones in others, the result of a successful war in still others, may bring about conditions which would render the annexation of distant possessions desirable. If those possessions are inhabited by alien races, differing from us in religion, customs, laws, methods of taxation and modes...
Appears in 70 books from 1870-2008
Page 129 - In these days, it is doubtful that any child may reasonably be expected to succeed in life if he is denied the opportunity of an education. Such an opportunity, where the state has undertaken to provide it, is a right which must be made available to all on equal terms. We come then to the question presented: Does segregation of children in public schools solely on the basis of race, even though the physical facilities and other "tangible" factors may be equal, deprive the children of the minority...
Appears in 826 books from 1890-2008
Page 74 - Whether a particular race will or will not assimilate with our people, and whether they can or cannot with safety to our institutions be brought within the operation of the Constitution, is a matter to be thought of when it is proposed to acquire their territory by treaty.
Appears in 18 books from 1901-2006
Page 130 - Such considerations apply with added force to children in grade and high schools. To separate them from others of similar age and qualifications solely because of their race generates a feeling of inferiority as to their status in the community that may affect their hearts and minds in a way unlikely ever to be undone.
Appears in 1097 books from 1798-2008
Page 125 - Court relied in large part on "those qualities which are incapable of objective measurement but which make for greatness in a law school.
Appears in 438 books from 1888-2008
Page 44 - ... savage life, from the authority and power which seeks to impose upon them the restraints of an external and unknown code, and to subject them to the responsibilities of civil conduct, according to rules and penalties of which they could have no previous warning; which judges them by a standard made...
Appears in 18 books from 1884-2008
Page 177 - Deutscher and Chein, The Psychological Effects of Enforced Segregation: A Survey of Social Science Opinion, 26 J. Psychol. 259 (1948); Chein, What are the Psychological Effects of Segregation Under Conditions of Equal Facilities?, 3 Int.
Appears in 114 books from 1910-2008
Page 137 - Edmund S. Morgan, American Slavery, American Freedom: The Ordeal of Colonial Virginia (New York: WW Norton & Company, 1975); Orlando Patterson, Slavery and Social Death: A Comparative Study (Cambridge, Mass.: Harvard University Press, 1982). 21. Joan W. Scott, "The Evidence of Experience," Critical Inquiry 17 (Summer 1991): 776.
Appears in 610 books from 1893-2008
Less

Mark S. Weiner is Professor of Law at Rutgers School of Law, Newark. He is the author of Black Trials: Citizenship from the Beginnings of Slavery to the End of Caste, winner of the American Bar Association's 2005 Silver Gavel Award. 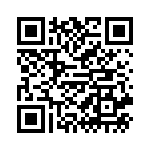