Page 86 - The legitimate object of government is to do for a community of people whatever they need to have done, but cannot do at all, or cannot so well do. for themselves, in their separate and individual capacities.
Appears in 450 books from 1880-2008
Page 56 - Truman for his courageous stand on the issue of civil rights. "We call upon the Congress to support our President in guaranteeing these basic and fundamental...
Appears in 52 books from 1890-2005
More
Page 48 - You come to us and tell us that the great cities are in favor of the gold standard; we reply that the great cities rest upon our broad and fertile prairies. Burn down your cities and leave our farms, and your cities will spring up again as if by magic; but destroy our farms and the grass will grow in the streets of every city in the country.
Appears in 433 books from 1866-2008
Page 21 - New Hampshire, New Jersey, New York, Ohio, Oregon, Pennsylvania, Rhode Island, Vermont, West Virginia, and Wisconsin, cast 3,982,011 votes now, against 3,870,222 cast then, showing an aggregate now of 3,982,011.
Appears in 238 books from 1758-2008
Page 189 - Party won control of both Houses of Congress for the first time since...
Appears in 33 books from 1965-2007
Page 223 - Michael Barone, Grant Ujifusa, and Douglas Matthews, The Almanac of American Politics...
Appears in 64 books from 1925-2007
Page 202 - Alabama, Arkansas, Delaware, Florida, Georgia, Kentucky, Louisiana, Maryland, Mississippi, Missouri, North Carolina, Oklahoma, South Carolina, Tennessee, Texas, Virginia, and...
Appears in 308 books from 1870-2008
Page 82 - Our very proclamations of what we are fighting for have rendered our own inequities self-evident. When we talk of freedom and opportunity for all nations, the mocking paradoxes in our own society become so clear they can no longer be ignored.
Appears in 23 books from 1943-2007
Page 101 - Full implementation and faithful execution of the Civil Rights Act of 1964, and all other civil rights statutes...
Appears in 28 books from 1923-2007
Page 122 - Harold W. Stanley and Richard G. Niemi, Vital Statistics on American Politics, 5th ed.
Appears in 128 books from 1986-2008
Less

ARTHUR PAULSON is Associate Professor of Political Science and the University Pre-Law Advisor at Southern Connecticut State University./e He is a life-long student of parties and elections. 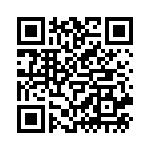