Page 64
I also formed one group of the faculties of medicine and pharmacy, because
nothing justified the existence of the latter as a separate organization, while it
could and should subsist as a school. I thus divided the university into three
faculties ...
Page 97
When this latter order was published, there were in the island 312 organized
schoolrooms, and the provisions of the order ... In the early organization of these
schools, speed was held to be of prime importance, that the thousands of
children of ...
Page 238
... election and organization, functions 100, 104, 105 Boards of superintendents
98 Buildings, condition, erection of modern Ill, 112, 113 Charter of the school city
.... 193-212 Appendix 199-213 Court procedure 203-204 Executive department ... 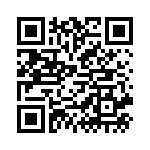