Titillating title, coquettish cover, and yet, as I read on, my enthusiasm became, well, rather flaccid. I loved the idea of this book, and the reason for it: "Unlike contemporary sex-scandalized ... Read full review 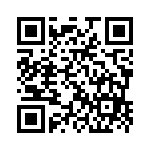