A few critical reviews below have some measured points, and I thought I'd click some thumbs up and be done, but this book truly inspired me; the problem with most other reviews is that they seem to ... Read full review

This book looks at what happened after the Plague ravaged Europe. Cantor speculates on what historical changes were possible only because of the plague and what could have happened without its ... Read full review

Norman F. Cantor is Emeritus Professor of History, Sociology, and Comparative Literature at New York University. His academic honors include appointments as a Rhodes Scholar, Porter Ogden Jacobus Fellow at Princeton University, and Fulbright Professor at Tel Aviv University. Previous books include Inventing the Middle Ages, nominated for a National Book Critics Circle Award, and The Civilization of the Middle Ages, the most widely read narrative of the Middle Ages in the English language. He lives in South Florida. 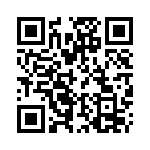