Started out great and has plenty of good information, but just gets seriously bogged down in the details and feels very repetitive and quite a drag. Couldn’t even finish it, I just got bored of it. Read full review

So far so good

I have started the book but since it has many pages I havent finished it yet. I know much about the subject matter but I have found things in the book that I didnt know. It is compelling reading. Read full review

Page 14 - The extended range of our researches has developed the existence of the secret organization styled " Mafia. " The evidence comes from several sources, fully competent in themselves to attest its truth, while the fact is supported by the long record of blood-curdling crimes, it being almost impossible to discover the perpetrators or secure witnesses.
Appears in 11 books from 1891-2006
Page 10 - ... life, a conception of society, a moral code, a particular susceptibility, prevailing among all Sicilians . . . They are taught in the cradle, or are born already knowing, that they must aid each other, side with their friends and fight...
Appears in 11 books from 1967-2006
More
Page 10 - The word Mafia stands here for several distinct things. First, it represents a general attitude towards the State and the State's law which is not necessarily any more criminal than the very similar attitude of, let us say, public schoolboys towards their masters. A mafioso did not invoke State or law in his private quarrels, but made himself respected and safe by winning a reputation for toughness and courage, and settled his differences by fighting.
Appears in 7 books from 1953-2006
Less

Since 1974, Selwyn Raab has been a reporter for The New York Times and has won dozens of awards for his coverage of the Mafia. He's appeared countless times on both local and national news shows and in documentaries about the Mafia for the History Channel and A&E. More than a newsman he is also something of a crusader, having played an important role in exposing fabricated testimony surrounding the conviction of Rubin "Hurricane" Carter. Raab is also the author of Justice in the Back Room which was the basis for the legendary "Kojak" television series and the very successful Mob Lawyer, which shed new light on who killed Jimmy Hoffa and JFK. 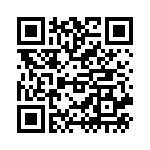