General histories of the age focus about 80% on Napoleon, throw in some Nelson and Wellington, and round out with the other players - Russia, Austria, Prussia, etc. This telling focuses from the ... Read full review

Charles Esdaile is Professor of History at the University of Liverpool. His The Peninsular War was acclaimed by many reviewers including Andrew Roberts and Bernard Cornwell. 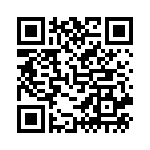