"What the little prince did not dare confess was that he was sorry most of all to leave this planet, because it was blest every day with 1440 sunsets!" This book was beautiful in a way that I'm not ... Read full review

I just re-read this. I actually read it to my four youngest children who were deeply moved by it. It will always be a favourite---so filled with timeless wisdom... Read full review

Antoine de Saint-Exupéry, officially Antoine Marie Jean-Baptiste Roger, comte de Saint Exupéry, was a French aristocrat, writer, poet, and pioneering aviator during a period when flying machines were made of sticks and fabric. He became a laureate of several of France's highest literary awards and also won the U.S. National Book Award. He is best remembered for his novella The Little Prince and for his lyrical aviation writings, including Wind, Sand and Stars and Night Flight.

Saint-Exupéry was a successful commercial pilot before World War II, working airmail routes in Europe, Africa and South America. At the outbreak of war, he joined the French Air Force, flying reconnaissance missions until France's armistice with Germany in 1940. After being demobilised from the French Air Force, he travelled to the United States to persuade its government to enter the war against Nazi Germany. Following a 27-month hiatus in North America, during which he wrote three of his most important works, he joined the Free French Air Force in North Africa, although he was far past the maximum age for such pilots and in declining health. 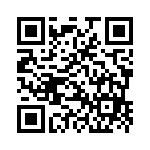