Johnson's project is summarized in her subtitle: to reclaim Mary from the upper reaches of some astral plane for humanity; what's more, to reclaim Mary as a woman, one with agency and courage and will ... Read full review

Truly our sister: a theology of Mary in the communion of saints

Elizabeth A. Johnson, C.S.J., is distinguished Professor of Theology at Fordham University. She has received numerous awards, including the Louisville Grawemeyer Award in Religion for She Who Is (1993), the American Academy of Religion Award for Excellence in the Study of Religion for Friends of God and Prophets (1999), and the Book Award of the College Theology Society for Truly Our Sister (2004). She was also the recipient of the John Courtney Murray Award of the Catholic Theological Society of America, the Jerome Award of the Catholic Library Association, and the Monika K. Hellwig Award of the Association of Catholic Colleges and Universities. 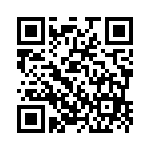