As a biography, this was easy to read and seems complete (this is my first biography of Calvin Coolidge). One thing that struck me was that I got the sense Mr. Greenberg was tamping or doing his best ... Read full review

This is a rather straightforward biography of our 30th President. The author does not seem to be very enthusiastic about his subject or his policies. The book is a reasonable introduction to the presidential term of Calvin Coolidge however. Read full review

David Greenberg is a professor of history and media studies at Rutgers University, a columnist for Slate, and the author of the prizewinning Nixon's Shadow: The History of an Image. A former acting editor of The New Republic, he has written for many scholarly and popular publications, including The Atlantic Monthly, Foreign Affairs, The New York Times, and The Washington Post. He lives in New York City. 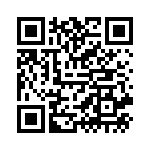