Kenneth S. Avery is a specialist in Sufi studies and Persian literature. He is a musician and a recent Ph.D. graduate in Islamic Studies from the University of Melbourne, Australia 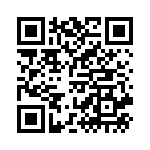