E. A. J. Honigmann is the author of more than a dozen books on Shakespeare and his contemporaries, including Shakespeare: Seven Tragedies: The Dramatist's Manipulation of Response, and Myriad-Minded Shakespeare. He has taught as a lecturer at Glasgow University, as a Fellow of the Shakespeare Institute in Stratford-upon-Avon (Birmingham University), as Joseph Cowen Professor of English Literature in the University of Newcastle-upon-Tyne, and in Canada and the United States. His The Texts of 'Othello' and Shakespearian Revision is a companion volume to this Arden edition. 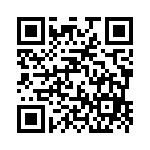