Ali Riaz is Associate Professor and the Chairperson of the Department of Politics and Government at Illinois State University, USA. His publications include God Willing: The Politics of Islamism in Bangladesh (2004), Unfolding State: The Transformation of Bangladesh (2005), and Paradise Lost? State Failure in Nepal (with Subho Basu, 2007). 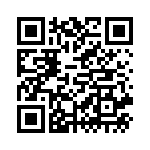