Page 884
We then became a purely moral and benevolent association, whose great aim is
the development and cultivation of the moral sentiment, the social principle, and
the benevolent affections, a higher reverence for God, and a warmer love for ...
Page 1053
It is impelled not merely by the scientific desire to see things as they are, but
rather by the moral endeavor to know more and more the universal order, which
seems intended in the world, that we may conform to it ourselves, and make
others ...
Page 1192
Look, now, at a moral statistic showing the same thing. One of the memoir writers
tells us that when Napoleon, after throwing away his army of over five hundred
thousand men in the Moscow campaign, had hurried back to France and had ... 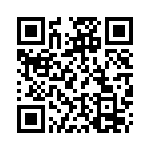