Page 89
But nights , well , nights were a different story . ... When the sun went down , we
all hung out wherever the action happened to be that night , usually my place , or
Evan ' s house right around the corner , which he shared with his housesere ...
Page 239
I hear all the time from people who say that even though they aren ' t tennis fans ,
they were glued to their sets until one in the morning watching us battle it out that
IIS night . It really was a proud night for 239 FIRE IT UP ONE TIME . . . BAM !
Page 240
IIS night . It really was a proud night for American tennis , and I was just happy to
be a part of it . But if I had played a part in that night , another big part was the
fans , and in the end , that was really the great lesson of those amazing three
weeks ... 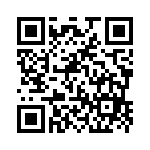