CHRISTOPHER HIBBERT, "a pearl of biographers" (New Statesman), is a Fellow of the Royal Society of Literature and the author of Disraeli (Palgrave Macmillan), The Rise and Fall of the House of Medici, The English: A Social History, and Cavaliers and Roundheads. He lives in Oxfordshire, England. 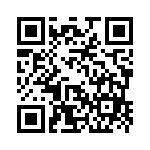