Page 184
War , he says , consists mainly in heeded the warning , but on the day predicted
killing without hatred - soldiers have no a fire broke out in the hotel and hundreds
personal hatred of the men they kill , and to were burnt . Mr. Reginald B. Span ...
Page 296
From a perusal of which , he says , it is possible to realise what a coherent body
of doctrine their teaching represents . THE OCCULT REVIEW . The Occult
Review for March contains , under the title “ A Seer of Nature Spirits , ' a very
interesting ...
Page 373
This , says the writer , is a question entirely for the Russian people to decide , and
whatever the result may be , we shall be willing to support their decision . He
concludes , in words which we all echo : -- We , who from the first have advocated
... 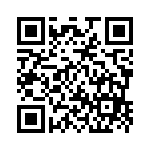