Brian Black is is associate professor in the departments of history and environmental studies at Penn State University, Altoona. He is the author of PETROLIA: The Landscape of America's First Oil Boom. 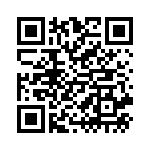