The historical narrative in this book focuses mostly on military events, but there is some political history as well, for those don't who don't care so much about the range of Spanish harquebuses. The ... Read full review

Ross Hassig, a historical anthropologist specializing in Mesoamerica, is the author of Time, History, and Belief in Aztec and Colonial Mexico; Aztec Warfare: Imperial Expansion and Political Control; and Trade, Tribute, and Transportation: The Sixteenth-Century Political Economy of the Valley of Mexico. 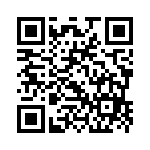