Page xv
Charles Scribner ' s Sons ; The Strenuous Life , Hero Tales from American
History , The Century Co . ; American Ideals , The Wilderness Hunter , Hunting
Trips of a Ranchman , The Winning of the West , Addresses and Presidential
Messages ...
Page 104
... adverse circumstances . They were used , for all their lawless freedom , to the
rough discipline of the round - up and the mining company . Some of them came
from the small frontier towns ; but most were from the wilderness , having left their
...
Page 113
Daniel Boone will always occupy a unique Boone the place in our history as the
archetype of the Hunter and Wilhunter and wilderness wanderer . He was
derness Wanderer a true pioneer , and stood at the head of that class of Indian -
fighters ...
Page 114
He Loved the Wilderness As Kentucky became settled , Boone grew restless and
ill at ease . He loved the wilderness ; he loved the great forests and the great
prairie - like glades , and the life in the little lonely cabin , where from the door he
...
Page 123
Sham Nature Writers farm country or lead them into the wilderness . It is a good
thing for our people that you should have lived ; and surely no man can wish to
have more said of him . I wish to express my hearty appreciation of your warfare ...
Next »

Periodically throughout his extraordinary career, Theodore Roosevelt turned to the writing of history. Energetic about everything he did, he imbued his writing with verve and a strong sense of drama that continues to attract readers today. Born in New York City and educated at Harvard University, he immersed himself in public affairs long before he became President of the United States. A man of many talents, he was, among other things, police commissioner, mayoral candidate, rancher, hunter, explorer, soldier, and governor. His strong sense of history probably influenced his actions more times than not, and certainly he brought to the White House in 1901 an awareness of how much the past conditions the present and informs the future. Roosevelt made history, influenced history, and wrote history. 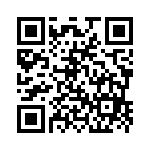