Page
... Medal of Honor. ForfouryearsI twistedandturnedthroughthelabyrinthofthe
military establishment without ever arriving at the zenith of my search, which was
tofind a way to engage the enemy and through
deedanddaringconquerhimheroically.
Page 2
Although the world seethed with military activity, our country was not at war with
anyone, life was good (as compared with the dreadful years of the Depression,
which was just tapering off), and President Roosevelt himself had assured us, ...
Page 3
But Lindbergh had gone to Germany as a guest of the Hitler government, he had
personally observed the military machines and soldiersoftheReich,
andhewasnowcarryingthewordtotheAmer- ican people that the Nazis were
invincible, that their ...
Page 6
As a boy I had never had any soldier fantasies, not even cowboy-Indian fantasies
, and as an adult I was decidedly not the military type. In fact, I was a pacifist. In
the thirties, people openly and forcefully identified their beliefs:agnostic, atheist, ...
Page 38
You have reached your viewing limit for this book. 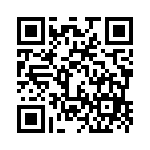