Born in 1949 in a small town of Uttar Pradesh, Mr Mittal graduated from the University of Roorkee in Mechanical Engineering in the year 1970. He had a brilliant academic career. After serving for a few years as an engineer, Mr Mittal joined the Indian Administrative Service (IAS) in the year 1975. He is widely travelled and has a clear and practical approach in spiritual matters. In the year 2000, he attended the 'World Peace Summit' at the UN as a member of the Indian delegation. Though a silent and sincere person from childhood, Mr Mittal's spiritual sprouting began in 1980. His mission in life is to develop positive thinking in our society so that the world becomes a better place to live in. He has written several books on positive thinking in English and Hindi. 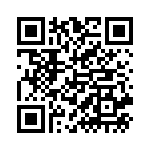