Robert Seager II is professor of history at the University of Kentucky.

Melba Porter Hay is a specialist in the history of Kentucky. 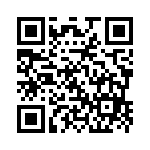