I was blown away by so much of the history. He wrote deeply and with supporting references to make me believe that he spent a lot of time and thought with this book.
I would recommend this work for black historians especially those who can appreciate our early struggles for equality & social justice.

Page 1 - Though it is orthodox to think of America as the one country where it is unnecessary to have a past, what is a luxury for the nation as a whole becomes a prime social necessity for the Negro. For him, a group tradition must supply compensation for persecution, and pride of race the antidote for prejudice. History must restore what slavery took away, for it is the social damage of slavery that the present generations must repair and offset.
Appears in 56 books from 1931-2007
Page 13 - I am a man of substance, of flesh and bone, fiber and liquids — and I might even be said to possess a mind.
Appears in 96 books from 1955-2007

Christopher Robert Reed currently holds the rank of Professor Emeritus of History at Roosevelt University, Chicago, Illinois. He previously was awarded a distinguished chair within the history department and served as Seymour Logan Professor of History and North American Studies between 1998 and 2001. He received his B.A. and M.A. in American history from Roosevelt and completed his doctoral studies in American history at Kent State University in 1982. On June 1, 2001, the Roosevelt University Alumni Association honored Professor Reed by naming him the recipient of the St. Clair Drake Award for Outstanding Scholarship. As part of a tribute to the memory and community efforts of the late distinguished social anthropologist, St. Clair Drake, Reed has helped lead the movement to promote Black Chicago history as public history and not just as knowledge suitable for the privileged few. Presently, he co-directs the NEH project, “Social Origins of Chicago’s New Negro Artists and Intellectuals. 1893-1930,” which is based at Roosevelt University.

In his own words, the most important of Reed’s credentials is his connection to the heart and soul of Chicago—its people and their history. He is a native Chicagoan who describes himself as attempting to blend a love of place with a holistic, scholarly view of what made Chicago and its citizens behave as they have done and presently do, and that is, dynamically. An original resident of the South Side’s historic Bronzeville community, he is a permanent resident of the city where he is active in civic, community and political affairs which include the Dr. Martin Luther King, Jr. Boys and Girls Club, the John Marshall High School Alumni Association, the East Garfield Park Residents, and the Black Chicago History Forum.

Reed has also taught as a member of the full-time faculties at Northern Illinois University and the University of Illinois at Chicago. He has lectured before local and national scholarly conferences, along with speaking before church and community groups and elementary and high school students. Utilizing modern communications, Reed has appeared frequently on radio and television, in PBS film documentaries such as the award-winning Du Sable to Obama and in newspapers, and on the Internet. In order to inform Chicago citizenry on issues of vital importance, he has appeared in hearings before the Chicago City Council. Likewise, this historian served as Historical Coordinator for the 1990 Local Chicago Community Fact Book published under the auspices of the University of Illinois at Chicago. He has published extensively, authoring six books on life in Black Chicago, along with many articles and reviews. His interest in historical preservation is seen through his over six-year tenure on the City of Chicago’s Landmark Commission where he chaired the Program Committee. He is also the author of Knock at the Door of Opportunity: Black Migration to Chicago, 1900-1919. 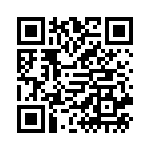