Thomas Teo is an Associate Professor of Psychology in the "History and Theory of Psychology Program" at York University, Toronto, Canada. He received his Ph.D. from the University of Vienna in Austria. His research areas and publications include the historical, epistemological, and ontological foundations of psychology, the critical reflection of psychology as a human science, the history and theory of the concept of race and racism, and the history and theory of German psychology. He is teaching on a regular basis courses on the "History of Psychology," on "Theories of Human Nature," and on "Historical and Theoretical Foundations of Contemporary Psychology." 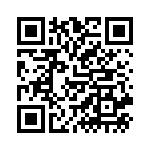