Brilliant Schanberg was a journalist for the New York Times covering the war in Cambodia when the Khmer Rouge took over the country. The Killing fields, as book & film, is a very powerful story of ... Read full review

Sydney Hillel Schanberg was born on January 17, 1934 in Clinton, Massachusetts. He received a bachelor's degree in American history from Harvard University in 1955. He was drafted in 1956 and served as a reporter for an Army newspaper in Frankfurt. He joined The New York Times in 1959 as a copy boy and became a staff reporter in 1960, covering general assignments and government agencies. In 1964, he began covering the New York State Legislature, and in 1967, he was named Albany bureau chief, in charge of state government reporting. He joined The Times's foreign staff in 1969 and was named bureau chief in New Delhi. He covered India's 13-day war with Pakistan in 1971. He met Dith Pran in 1972, and as Schanberg's reporting from Vietnam and Cambodia grew, The Times hired Dith as his aide and translator. As the Southeast Asia correspondent from 1973 to 1975, Schanberg focused increasingly on the Khmer Rouge insurgency. He won a Pulitzer Prize for covering Cambodia's fall to the Khmer Rouge in 1975. In 1980, he wrote a cover article for The New York Times Magazine entitled The Death and Life of Dith Pran, which was the story of his Cambodian colleague's survival during the genocide. It was later published as a book and inspired the 1984 movie The Killing Fields. Schanberg was The Times's metropolitan editor from 1977 to 1980 and wrote a column focusing on New York from 1981 to 1985. It was discontinued after he criticized the Times's coverage of the proposed Westway highway in Manhattan. He left the paper after 26 years to write a column for New York Newsday. He also wrote articles for Vanity Fair, Penthouse, and The Nation and columns of media criticism for The Village Voice. Beyond the Killing Fields, an anthology of his reporting, was published in 2010. He also won two George Polk Memorial awards, two Overseas Press Club awards, and Sigma Delta Chi's distinguished journalism prize. He died following a heart attack on July 9, 2016 at the age of 82. 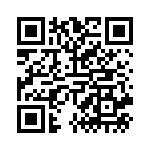