Pros: very thorough, lots of endnotes Cons: not many photos This was a very interesting book about how peoples in the past thought about the concept of evil and how those philosophical musings and ... Read full review

How evil was personified in the lands of India, the Middle East, and the classical civilizations of Greece and Rome is the subject of this book. I suppose Russell thought the opening chapter, "The ... Read full review 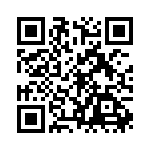