Page 25
The collection is now the largest in the Western Hemisphere . It comprised at the
end of the fiscal Fear ( June 30 , 1905 ) about 1,300,000 printed books and
pamphlets ( including the law library of skich , while a division of the library of ...
Page 110
The one who received the largest number of votes was declared President , and
the one who received the next largest number of votes was declared Vice -
President . The electoral voies for the first President of the United States were :
George ...
Page 127
The principal crops are sugar , coffee , tobacco , cotton , anıt maize , but tananas ,
rice , pineapples , and many other fruits are important products . The largest
article of export from Porto Rico is coffee , which is Over 63 per cenl.of the whole . 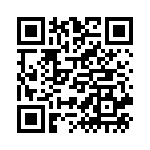