Kurt M. Campbell is chairman and chief executive officer of the Asia Group, LLC, and served as the assistant secretary for East Asian and Pacific Affairs at the Department of State from 2009 to 2013. For his service, he received the Secretary of State's Distinguished Service Award -- the nation's highest diplomatic medal -- and has been recognized with top national honors across Asia.

He is chairman of the board at the Center for a New American Security, a non-resident fellow at Harvard's Belfer Center, on the board for Standard Chartered PLC, and is a member of the Aspen Strategy Group. Dr. Campbell is the author or editor of ten books, including Difficult Transitions: Why Presidents Fail in Foreign Policy at the Outset of Power and Hard Power: The New Politics of National Security. He is married to Dr. Lael Brainard, governor on the U.S. Federal Reserve Board and former under secretary of Treasury for International Affairs. Together, they live in Washington, D.C. with their three daughters.

Michael O'Hanlon is a Senior Fellow in Foreign Policy Studies at the Brookings Institution, where he has written books on defense strategy, arms control, and homeland security. He has contributed to numerous television programs and newspapers, including the Wall Street Journal and the New York Times. He lives in Washington, D.C. 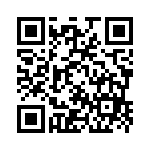