Page 18
The policy , having been thus followed by both parties , has become settled upon the country . . Its evils have become developed even beyond the prediction of its most far - seeing opponents . Omitting those few high offices which it is ...
Page 52
... characteristic which is always found associated with power , namely , the identity in her nature of conscience and sensibility with will , so that every monition of duty or prompting of affection is followed by its appropriate act .
Page 364
Under these circumstances the counsel which Mazzini , shortly before , had repeatedly given , namely , not to attempt yet any rising , could not be followed . Thus that insurrection of January 21 and 22 , 1863 , came to pass , of the ... 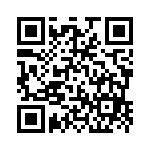