A General History of Pyrates

Despite varying titles, these are essentially the same book. Published in 1724, Defoe's chronicle of the scourges of the sea was a smashing success, finding a wide audience eager for tales of those ... Read full review

Daniel Defoe was born Daniel Foe in London, England on September 13, 1660. He changed his surname in 1703, adding the more genteel "De" before his own name to suggest a higher social standing. He was a novelist, journalist, and political agent. His writings covered a wide range of topics. His novels include Robinson Crusoe, Moll Flanders, Roxana, Captain Singleton, and Colonel Jack. He wrote A Tour Thro' the Whole Island of Great Britain, which is an important source of English economic life, and ghost stories including A True Relation of the Apparition of One Mrs. Veal. He also wrote satirical poems and pamphlets and edited a newspaper. He was imprisoned and pilloried for his controversial work, The Shortest Way with the Dissenters, which suggested that all non-Conformist ministers be hanged. He died on April 24, 1731. 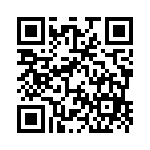