Page 121
Factors such as whether conversation was taking place in an urban or rural
setting , the intimacy of the relationship between the interlocutors and the topic of
conversation , all influenced language choice in much the same way as they ...
Page 141
We turn our attention now to this general characterisation . A transcript of a piece
of spontaneous conversation generally looks quite unlike either a piece of written
text or the transcript of a piece of language read aloud , such as a radio talk .
Page 184
Sacks , H . , Schegloff , E . and Jefferson , G . ( 1974 ) , ' A Simplest Systematics
for the Organisation of Turn - Taking for Conversation ' , Language , 50 , 696 –
735 . Sankoff , G . ( 1972 ) , ' Language Use in Multilingual Societies : Some ... 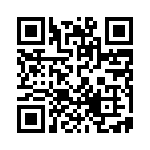