As a Vietnam Veteran of the year 1967-1968, I was astounded to learn of President Nixon's secret and completely illegal foray into Cambodia all the while he kept the U.S. Congress ignorant of the ... Read full review

SIDESHOW: Kissinger, Nixon, And The Destruction Of Cambodia

In 1969, Richard Nixon ordered the secret bombing of Cambodia to destroy North Vietnamese sanctuaries in that formally neutral nation. Today, a decade later, Nixon is a President driven from office ... Read full review

23 other sections not shown

William Shawcross (born 28 May 1946, in Sussex, England) is a widely renowned writer and broadcaster. Shawcross was educated at Eton College and University College, Oxford. His articles have appeared in the Sunday Times, the Sunday Telegraph, the Washington Post and the Sydney Morning Herald. In 1995 he wrote and presented the three-part BBC television series Monarchy and in 2002, to tie-in with the Queenżs Golden Jubilee, he again wrote and presented a landmark four-part BBC television series, Queen and Country, a revealing and intimate portrait of the Queen, and an absorbing study of the changing face of monarchy and of Britain during the past half-century. He lives in London and Cornwall. 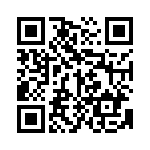