I should appreciate Lee's effort. Book does describes the basic things of mystics.
But for the practiontioner of Tariqat (or Mystic in west) it is a very ordinary level of book. The beauty of writting does not lie in draging a thing again & again, rather it is, to convey the message in fewer words.
One more thing, it is not the 0.00001% of SUFISM. The love in sufism dictionary is far more than that.
"Love is not what can be done through reading, writing or need laws or theories. It is a divine thing" Sufi ALI KAUSAR
"The knower, knows what he knows & the one who understood, understands what he understood" Sufi ALI KAUSAR

Page 150 - My beloved spake, and said unto me, Rise up, my love, my fair one, and come away. For, lo, the winter is past, The rain is over and gone ; The flowers appear on the earth ; The time of the singing of birds is come, And the voice of the turtle is heard in our land ; The fig tree putteth forth her green figs, And the vines with the tender grape give a good smell. Arise, my love, my fair one, and come away.
Appears in 1090 books from 1611-2008
Page 150 - He brought me to the banqueting house, and his banner over me was love. Stay me with flagons, comfort me with apples; for I am sick of love.
Appears in 786 books from 1611-2008
More
Page 96 - Give not that which is holy unto the dogs, neither cast ye your pearls before swine, lest they trample them under their feet, and turn .again and rend you.
Appears in 1069 books from 1755-2008
Page 144 - O the mind, mind has mountains; cliffs of fall Frightful, sheer, no-man-fathomed. Hold them cheap May who ne'er hung there. Nor does long our small Durance deal with that steep or deep. Here! creep, Wretch, under a comfort serves in a whirlwind: all Life death does end and each day dies with sleep.
Appears in 470 books from 1880-2008
Page 115 - TURNING and turning in the widening gyre The falcon cannot hear the falconer; Things fall apart; the centre cannot hold; Mere anarchy is loosed upon the world, The blood-dimmed tide is loosed, and everywhere The ceremony of innocence is drowned; The best lack all conviction, while the worst Are full of passionate intensity.
Appears in 1085 books from 1889-2008
Page 80 - What are the roots that clutch, what branches grow Out of this stony rubbish ? Son of man, You cannot say, or guess, for you know only A heap of broken images, where the sun beats, And the dead tree gives no shelter, the cricket no relief, And the dry stone no sound of water.
Appears in 509 books from 1382-2008
Page 135 - I am he whom I love, and he whom I love is I: We are two spirits dwelling in one body. If thou seest me, thou seest him, And if thou seest him, thou seest us both."* 1 Nicholson, Myslics of Islam, pp.
Appears in 180 books from 1388-2007
Page 116 - As kingfishers catch fire, dragonflies draw flame; As tumbled over rim in roundy wells Stones ring; like each tucked string tells, each hung bell's Bow swung finds tongue to fling out broad its name; Each mortal thing does one thing and the same: Deals out that being indoors each one dwells; Selves — goes itself; myself it speaks and spells; Crying What I do is me: for that I came.
Appears in 208 books from 1904-2008
Page 82 - Thirty spokes share the wheel's hub; It is the center hole that makes it useful. Shape clay into a vessel; It is the space within that makes it useful. Cut doors and windows for a room; It is the holes which make it useful. Therefore profit comes from what is there; Usefulness from what is not there.
Appears in 55 books from 1972-2008
Page 100 - Love one another, but make not a bond of love: Let it rather be a moving sea between the shores of your souls. Fill each other's cup but drink not from one cup. Give one another of your bread but eat not from the same loaf. Sing and dance together and be joyous, but let each one of you be alone, Even as the strings of a lute are alone though they quiver...
Appears in 144 books from 1928-2008
Less

Llewellyn Vaughan-Lee, Ph.D., is a Sufi teacher. Born in London
in 1953, he has followed the Naqshbandi Sufi path since he was
nineteen. In 1991 he became the successor of Irina Tweedie, who
brought this particular Indian branch of Sufism to the West and is
the author of Daughter of Fire: A Diary of a Spiritual Training with a Sufi Master. He then moved to Northern California and founded The Golden Sufi Center (www.goldensufi.org). Author of several books, he has specialized in the area of dreamwork, integrating the ancient Sufi approach to dreams with the insights of Jungian Psychology. Since 2000 his writing and teaching have been on spiritual responsibility in our present time of transition, and an awakening global consciousness of oneness (www.workingwithoneness.org). More recently he has written about the feminine, the anima mundi (World Soul), and spiritual ecology (www.spiritualecology.org). He was featured in the TV series Global Spirit and interviewed by Oprah Winfrey as a part of her Super Soul Sunday series. 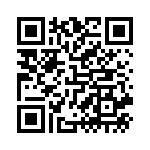