Abdulmajeed Nunez was born 35 years ago in Belize; the only revert in his family. He is a social worker by training with 4 years experience with the Belize Police Department before he left to pursue a private career. Mr. Nunez grew up in Belmopan in the late 1970's as a Roman Catholic, when Belize was still "innocent", and was raised by his mother Thomasa Nunez-Marin. Mr. Nunez learned to be responsible at a very early age as he began to work with his mother at a tender age of eight. His father, a freemason, was a very good tailor and agile fellow and well respected in the community. He was very articulate; however was overwhelmed by the teachings of the "MASONS." Since embracing Islam in 1992 Abdulmajeed Nunez's goal has been to attract other Muslims to assist the Islamic Mission Belize to build the first Islamic High School in the country and the first Islamic University in the Central American Region. Mr Nunez is currently the acting principal of the Muslim Community Primary School, Belize, Central America. He is happily married and has six children. 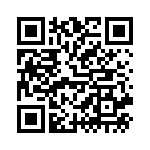