Brilliant Schanberg was a journalist for the New York Times covering the war in Cambodia when the Khmer Rouge took over the country. The Killing fields, as book & film, is a very powerful story of ... Read full review

Sydney Schanberg was awarded the Pulitzer Prize for his New York Times coverage of the fall of Cambodia to the Khmer Rouge in 1975. But his reporting on Cambodia is largely known from "The Killing Fields," the Academy Award-winning film starring Sam Waterston as Schanberg, which was based on his New York Times article chronicling the search for his captured Cambodian colleague Dith Pran and Pran's escape to freedom in 1979. 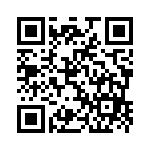