Being the story of the Garden State during the Civil War, as told through contemporary accounts, chiefly taken from the press. This is a good idea which isn't carried out well enough to raise the book ... Read full review

7/1/13-out of print, make ebook
Alan A. Siegel is an attorney who enjoys writing history. He is the author of several books, including Smile: A Picture History of Olympic Park, 1887-1965 (Rutgers University Press), and For the Glory of the Union: Myth, Reality, and the Media in Civil War New Jersey. 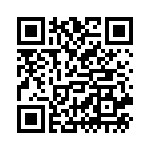