Page 58
Sino - Japanese War of 1938 Throughout the whole of 1938 the Japanese
Development Company ( Oct. , 1938 ) , analogous to armles pressed deeper into
China ( gaining bril- the already functioning North China Development liant
military ...
Page 162
In April , Prince Chichibue , oldest brother of Emperor Hirohito of Japan made
with his wife , a good - will visit to the United States , England , and the Continent
. In May , the army - supported Japanese Cabinet of Hayashi resigned . Early in ...
Page 247
by the Japanese and the quality of the cocoons im rayon , timber , mineral oil
millet . sugar , paper , prond . Some 786,000 families are engaged in the four ,
fertilizers and coal . The main exports are industry . Rice is an important crop . 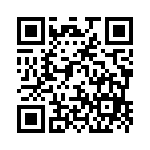