Page 96
President Arthur was a candidate for renomination, but he had been a friend of
Senator Conkling; and no man warm in support of Mr. Blaine could possibly be
induced to endorse Mr. Arthur. Senator Edmunds was regarded, the country over,
...
Page 181
In the Senate Hoar of Massachusetts, Allison of Iowa, Hawley of Connecticut,
Wolcott of Colorado, Perkins of California, ... Senator Gorman was the chief
leader of the assaults upon the Commission, Senators Harris, Plumb, Stewart
and Ingalls ...
Page 186
They had been led by no less brilliant a man than Senator Conklin, and no less
shrewd a politician than Senator Piatt. But the rank and file of the two parties
differed somewhat in character, differed just enough to makq it impossible for the
...

21 other sections not shown 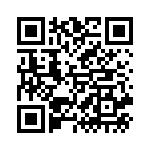