F. H. Buckley is Professor of Law at the George Mason School of Law. He is the author of several books, including Corporations: Principles and Policies. 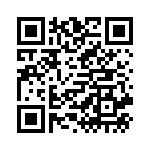