Page 35
Pho , ' said he , you will only look as if you were taken up by the constable . ' She told this everywhere , thinking the reflection was on my Lady Portsmouth . Lady Pembroke , alone at the head of the countesses , was the picture of ...
Page 56
Azim Khan , who was on the southern side , without boats , and unable to ford the swift current , was compelled to see his territory taken , and his followers defeated , without being able to fire a gun in their defence .
Page 70
The commanders of neither place obeyed , though Ghuznee , which has only about one thousand men , it was thought , would soon be taken . On the 6th of January , 1842 , the Caboul forces commenced their retreat through the dismal pass ... 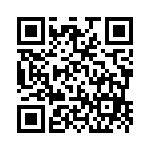