Page 62
About 52 per and non - commissioned officers in the Swiss armed cent . of these
are accepted . The other 48 per cent . , force is such that , in the proportion of the
English unless they are employees of the arsenals , prisons , population , it ...
Page 164
At this point it is worth while to put a question , and in all friendliness and perfect
good faith , to suggest a doubt , whether the intellectual equipment of the average
British officer of high rank and middle life is equal to that of men of the same ...
Page 608
Armies : Jews : Pitfalls of Army Reform , by Arnold White , “ Inter The Jewish
Position in England , by M. J. Landa , national , ” May " International , ” May . A
Reserve of Efficient British Officers , by Lieut . - Col . Labour Problems : Telfer
Smollett ... 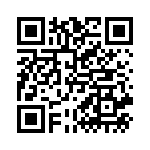