Carl Rapp is Associate Professor of English at the University of Georgia. He is also the author of William Carlos Williams and Romantic Idealism, recipient of the Brown University Press First Book Prize Award. 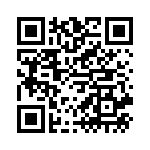