Murray Pittock is Bradley Professor of English Literature at the University of Glasgow, a Fellow of the Royal Society of Edinburgh, and a prizewinner of that society and of the British Academy, as well as winning or being nominated or shortlisted for over ten other literary prizes. He is the author or editor of a number of prominent works on Jacobitism and Romanticism, including Scottish and Irish Romanticism (2008, 2011), Robert Burns in Global Culture (2011) and Material Culture and Sedition: Treacherous, Objects, Secret Places (2013). He is currently editing the Scots Musical Museum in the AHRC Collected Burns edition. 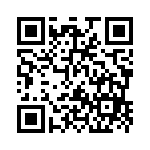