Page 10 - Cyclopaedia of Costume ; or, A Dictionary of Dress — Regal, Ecclesiastical, Civil, and Military — from the Earliest Period in England to the reign of George the Third. Including Notices of Contemporaneous Fashions on the Continent, and a General History of the Costumes of the Principal Countries of Europe. By JR PLANCHE, Somerset Herald.
Appears in 466 books from 1853-2007
Page 23 - Complete in Three Vols. Vol. I. contains the Plays complete, including the doubtful ones; Vol. II. the Poems and Minor Translations, with an Introductory Essay by ALGERNON CHARLES SWINBURNE.
Appears in 432 books from 1853-2008
More
Page 20 - Magna Charta. An Exact Facsimile of the Original Document in the British Museum, printed on fine plate paper, nearly 3 feet long by 2 feet wide, with the Arms and Seals emblazoned in Gold and Colours. Price 5s. The Roll of Battle Abbey...
Appears in 477 books from 1853-2007
Page 18 - Complete Works, In Prose and Verse, reprinted from the Original Editions, with many Pieces hitherto unpublished. Edited, with Notes and Introduction, by RH SHEPHERD. With Two Portraits and Facsimile of a Page of the
Appears in 259 books from 1871-2006
Page 262 - No, I am that I am, and they that level At my abuses reckon up their own. I may be straight, though they themselves be bevel ; By their rank thoughts my deeds must not be shown, Unless this general evil they maintain, All men are bad, and in their badness reign.
Appears in 324 books from 1804-2007
Page 181 - Thou comest to me with a sword, and with a spear, and with a shield; but I come to thee in the name of the Lord of hosts, the God of the armies of Israel, whom thou hast defied.
Appears in 527 books from 1802-2008
Page 4 - MARKS, NICHOLLS, Sir NOEL PATON, PICKERSGILL, G. SMITH, MARCUS STONE, SOLOMON, STRAIGHT, EM WARD, and WARREN. All engraved on Steel in the highest style of Art. Edited, with Notices of the Artists, by SYDNEY ARMYTAGE, MA " This book is well got up, and good engravings by Jeens, L-umb Stocks, and others, bring back to us Royal Academy Exhibitions of past years.
Appears in 381 books from 1853-2007
Page 26 - Roll of Battle Abbey; or, A List of the Principal Warriors who came over from Normandy with William the Conqueror, and Settled in this Country, AD 1066-7.
Appears in 399 books from 1853-2008
Page 139 - Is it so small a thing To have enjoyed the sun, To have lived light in the spring, To have loved, to have thought, to have done; To have advanced true friends, and beat down baffling foes — That we must feign a bliss Of doubtful future date, And, while we dream on this, Lose all our present state, And relegate to worlds yet distant our repose?
Appears in 188 books from 1829-2008
Page 18 - Their Poems, Letters, and Remains. With Reminiscences and Notes by W. CAREW HAZLITT. With HANCOCK'S Portrait of the Essayist, Facsimiles of the Title-pages of the rare First Editions of Lamb's and Coleridge's Works, and numerous Illustrations. " Very many passages will delight those fond of literary trifles; hardly any portion will fail in interest for lovers of Charles Lamb and his sister.
Appears in 204 books from 1858-2006
Less

Poet Algernon Charles Swinburne was born April 5, 1837 in Grosvenor Place, London, but spent most of his boyhood on the Isle of Wight, where both his parents and grandparents had homes. He was educated at Eton and Oxford University but was expelled from Oxford before he graduated. Although some of his work had already appeared in periodicals, Atalanta in Calydon was the first poem to come out under his name and was received enthusiastically. "Laus Veneris" and Poems and Ballads, with their sexually charged passages, were attacked all the more violently as a result. Swinburne's meeting in 1867 with his long-time hero Mazzini, led to the more political Songs before Sunrise. In 1879, with Swinburne nearly dead from alcoholism and dissolution, his legal advisor Theodore Watts-Dunton took him in, and was successful in getting him to adopt a healthier style of life. Swinburne lived the rest of his days at Watts-Dunton's house outside London. He saw less and less of his old friends, but his growing deafness accounts for some of his decreased sociability. He died of influenza in 1909. 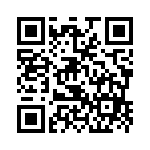