Page xx
The militia was commanded by Colonel William S . Sproul , and its officer corps
also included Colonel John H . Crawford and Major William M . Wilson . These
officers were as inexperienced as their men , and Hotchkiss accepted a position
as ...
Page 279
pratament , Colonel anes 1 : 436 . Pet , Sc . , was actually Jackson ' s mounts ,
see James Power Smith , With Stonewall Jackson in the Army of Northern
Virginia ( Richmond , 1920 ) , Southern Historical Society , Papers , 43 : 96 - 99 .
21 .
Page 309
In 1861 he enlisted in the army as a private , but was soon elected colonel of the
Thirty - first Virginia Infantry . He served for a period on the staff of his famous
cousin , “ Stonewall ” Jackson , until he recruited the Nineteenth Virginia Cavalry
... 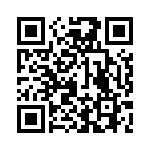