Page 29
Owned nv the Company Which Is Trying To Strangle Pasadena's Small Plant cut
its rate from twelve and a half to eight cents. In due time the city, seeing its
business and receipts mount, announced a six-cent rate; the private corporation
price ...
Page 146
Iola, Kansas, charges a maximum of four cents for its current : Jamestown, New
York, is satisfied with four and one-half cents ... The city of Holyoke,
Massachusetts, is making money despite a six- cent rate, and Jacksonville,
Florida, in 1909 ...
Page 150
With an extremely high wholesale price, coupled with a retail rate forty per cent
lower than the maximum of Brooklyn, Philadelphia, ... The Service receives one
and one-half cents per kilowatt-hour, but it has no jurisdiction over the selling end
. 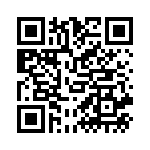