Page 221
A yet one British writer after another , in dealing with Sou Africa , has employed this faulty method of generalizing with sufficient data . The Afrikander has been described as cruel the natives , as being little , if any , better than ...
Page 898
Inside the Persian Gulf are the two ports of Bender Abbas and Bushire , ports which though in Persian territory have heretofore been distinctly under British influence . Near the head of the Gulf is the island of Karak , once occupied ...
Page 909
British Workmen , Why They Condemn the Australian Federation and its Basis , 772 . War , 518 . Authors , Disappearing , 395 . BROOKS , SYDNEY . Congress and Parliament , 78 ; America and the War , 337 . BARAIL , Count Du . 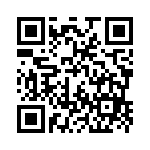