Elbert Green Hubbard (June 19, 1856 - May 7, 1915) was an American writer, publisher, artist, and philosopher. Raised in Hudson, Illinois, he had early success as a traveling salesman for the Larkin Soap Company. Presently Hubbard is known best as the founder of the Roycroft artisan community in East Aurora, New York, an influential exponent of the Arts and Crafts Movement. Among his many publications were the nine-volume work Little Journeys to the Homes of the Great and the short publication A Message to Garcia. He and his second wife, Alice Moore Hubbard, died aboard the RMS Lusitania when it was sunk by a German submarine off the coast of Ireland on May 7, 1915.

Hubbard was born in Bloomington, Illinois, to Silas Hubbard and Juliana Frances Read on June 9, 1856. In the autumn of 1855, his parents had relocated to Bloomington from Buffalo, New York, where his father had a medical practice. Finding it difficult to settle in Bloomington-mainly due to the presence of several already established doctors-Silas moved his family to Hudson, Illinois the next year. Nicknamed "Bertie" by his family, Elbert had two older siblings: Charlie, who was largely bed-ridden after a fall when he was young, and Hannah Frances, nicknamed "Frank" like her mother.

The Hubbard children attended the local public school, a small building with two rooms that overlooked a graveyard. Thirty years later, Elbert described his schooling days as "splendid" and "tinged with no trace of blue.... I had no ambitions then-I was sure that some day I could spell down the school, propound a problem in fractions that would puzzle the teacher, and play checkers in a way that would cause my name to be known throughout the entire township.Elbert's first business venture was selling Larkin soap products, a career which eventually brought him to Buffalo, New York. His innovations for Larkin included premiums and "leave on trial". 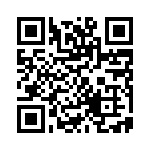