THE TERRORIST NEXT DOOR: The Militia Movement and the Radical Right

A civil-rights activist surveys the history of the far-right militias and concludes that we shouldn't underestimate the appeal of bigotry, especially during economic downturns.Levitas focuses at first ... Read full review

Daniel Levitas has written widely about racist, anti-Semitic, and neo-Nazi groups, and has testified as an expert witness in American and Canadian courts since 1986. His expertise includes such areas as racist violence and the Ku Klux Klan, anti-Semitism, Holocaust denial, the Skinhead movement, Aryan prison gangs, crossburning, and the rural Posse Comitatus. Levitas has also worked throughout the United States with civil rights, religious, and community groups, as well as law enforcement agencies seeking to respond to bias crimes and hate group activity. 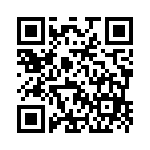